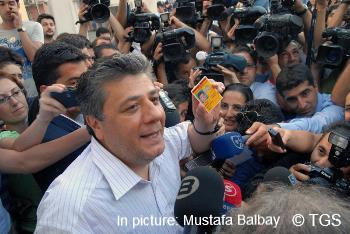 Balbay was released on Monday 9 December after spending more than four years behind bars for allegely plotting against the government. He was convicted to 34 years and 8 months in prison by the Istanbul 13th High Criminal Court. But the Constitutional Court has granted his release while the appeal is pending. Balbay is now also an elected Member of the Parliament for the Republican People’s Party in Turkey.

The Finnish Journalists’ Union which has ‘adopted’ Balbay and mobilised national support to campaign for his freedom has also welcomed his release. 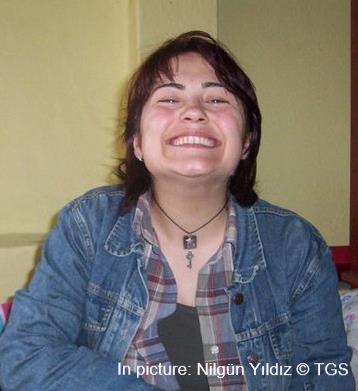 In another trial concerning the KCK Press case on 6 December, reporter Nilgün Yıldız of the Dicle News Agency has also been released but 19 journalists who are accused in the case still remain in jail. The court will resume the hearing on 13 January 2014.

‘‘I welcome the release of Balbay and Yıldız and want to send them and their families my best wishes. I hope they now can look forward to a life in freedom both in work and private life,” said Mogens Blicher Bjerregård, EFJ President.

‘‘At the same time, I want to emphasise that we will continue our fight until the freedom for the 60 journalists who are still in jail is guaranteed,’’ said Blicher Bjerregård.

The EFJ has launched an online petition calling for wider support from the public and civil society organisations to campaign for the freedom of journalists in Turkey. Please help us reach 10.000 signatures by signing the petition now.